With the league season completed, on Saturday 7th September the finals of the cup competitions took place at the Greyhound Inn, Llantrisant.

This year proved to be the most exciting ever.

In the main cup final, the Wheatsheaf Eagles beat Caerleon Blues by 1 point

and in the plate competition the ROF Nomads beat Greenlawn C by 2 points.

Both finals went to the last throw.

A great competition and played to a very good standard and special mention must be made about Greenlawn as the other teams were from the top 4 of Division 1 whilst they, Greenlawn, were the champions of Division 4. They did not look out of place and impressed all who were there, and this after just one year of playing the game!

So we now move on to the last BIG event of the 21st playing season and that is the Champion of Champions competition taking place on the 22nd September at Caerleon P.C.

The Cup runners up
Sorry but winners not available 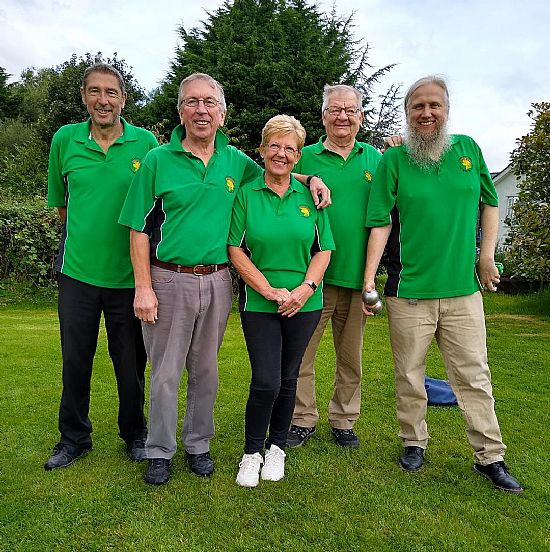 The Plate finalists (winners in blue)
Sorry but cup pictures not available. 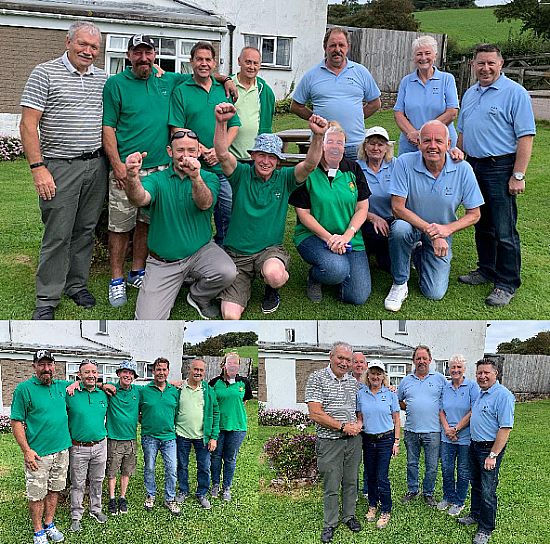